The Central Bank of Nigeria formulates the policies and keeps a track of the banking system in totality so that the operators comply with the monetary, FOREX, and credit guidelines. The commercial bank of Nigeria mainly performs three major functions- accepting deposits, giving loans, and smooth operation for payment and settlement mechanisms. 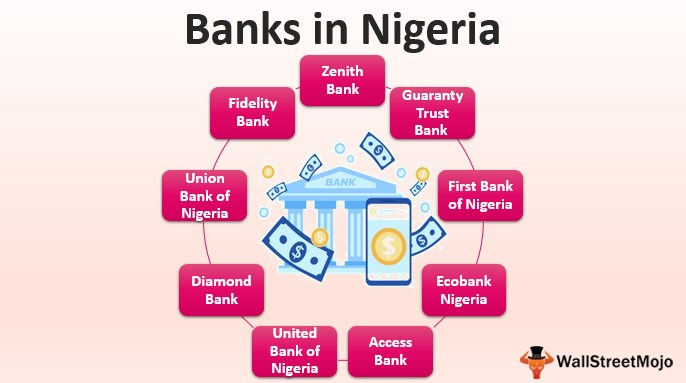 Structure of Banks in Nigeria

In the year 2000, the monetary authority of Nigeria started the universal banking system. This measure was introduced so that the commercial banks present in the country become eligible to offer financial services like mortgage, stockbroking, insurance merchant banking, commercial banking, and bureau change all under one unit.

There are new reforms in the banking sector that are implanted by the Central Bank of Nigeria which has declared to issue new licenses. The Nigerian banking system in oligopolistic in structure and market concentration has a positive and significant impact on the performances of the banks. Market concentration acts as a major determinant of bank profitability in this country.

It can be safely said that the structure of the Nigerian banking sector and their performances can be improved if this banking sector gets the allowance to exploit the synergistic effect of market-induced consolidation. According to Moody’s the banking sector looks stable in the country. Because of the government’s liberal Forex policy and increasing oil prices, the local banks can expect moderation in their foreign currency liquidity risks.

Let’s discuss each one of them in detail –

Zenith bank was formed in 1990. It provides service to more than 1.6 million customers and has 7,000 employees. This bank maintains its operations through 500 branches, subsidiaries, and representative offices. This bank has its presence in Ghana, Gambia, South Africa, Sierra Leone. The UK, China, and the UAE.

It provides services like retail and SME banking, FOREX, corporate and investment banking, treasury, trade services, and other financial services. This bank has revenue of NGN$673.64 billion and net income of NGN157.14 billion.

This bank was formed in 1990 and has its headquarters in Nairobi. It has nearly 5000 employees and it serves approximately 8 million customers. This bank provides financial services like retail, corporate and investment banking, online/ internet banking, and asset management.

This bank was formed in 1894. It has its headquarters in Lagos. This bank has four major strategic units- Retail Banking, Commercial Banking, Corporate Banking, and Public Sector Banking. This bank has nearly 7000 employees which around 760 branches and 2,600 ATMs all over the country.

It has its offices in Abu Dhabi, Beijing, and Johannesburg. This bank has an annual revenue of NGN469.59 billion and its net income is NGN40.01 billion.

With revenue of NGN506.17 billion, this bank was formed in 1986. This bank was a subsidiary of the pan-African banking group Ecobank Transnational Inc. It has three major units- Retail banking, Wholesale Banking, and Treasury and Financial Institutions.

It provides services in retail and wholesale banking, corporate banking services, capital markets, and investment banking services. This bank has nearly 600 branches all over the country.

This bank was given a license for commercial banking in the year 1988 by the Central Bank of Nigeria. With revenue of NGN381.32 billion and a net income of NGN71.4 billion this bank has its 317 branches all over Nigeria and also has its presence in the UK and representative offices in China, UAE, India, and Lebanon.

This bank was founded in 1949 and at that time it was known as the British and French Bank Limited. In the year 1970, it was the first to get listed in the Nigerian stock exchange. They provide services in retail, commercial and corporate divisions along with other financial services.

With revenue of NGN203.35 billion and net income of NGN869.44 million this bank started in 1991. In the year 2001, it got its universal banking license. This bank provides services of banking and other financial areas to its customers along with providing loans and advances, dealing in the money market, and corporate finance services. It has 270 branches and 1059 ATMs all over Nigeria and has 4,400 staff.

This bank was founded in 1917 and was formerly known as Colonial Bank. This bank deals in retail and commercial banking, SMEs, and major corporations. It has more than 2,700 employees and a customer base of 4.3 million. This bank has 300 sales and service centers, 950 ATMs, and 7000 POS terminals. In the year of 2017, this bank recorded revenue of NGN157.57 billion and net income of NGN13.18 billion.

Founded in 1987 this bank has an annual revenue of NGN152 billion and net income of NGN9.73 billion. This bank focuses on retail and electronic banking, SMEs, and niche corporate banking. With 240 business offices, 774 ATMs and 4046 POS terminals this bank got its universal banking license in 2001.

This has been a guide to Top Banks in Nigeria. Here we discuss the market overview of Banks in Nigeria along with its structure. If you wish to make a career in Banking, then do have a look at these articles below –