The banking system in Australia is very reliable and is of a transparent nature. The banking sector of Australia is sophisticated and competitive and it has a strong regulatory system. The banks in Australia have a major role in the country’s financial system. They not only offer traditional services but they also offer services like business banking, trading in the financial markets, stockbroking, and funds management. As per reports of Moody, the Australian Banking system is in a stable condition because of strong home prices, rising household debt, and moderate growth in wages.

There are six major forces which are shaping the Australian banking system. They change in demographics, technology, consumer behavior, Asian financial condition, government, and a subdued global economy. These forces play a pivotal role wherein the traditional value drivers like asset growth and leverage are dissipating and there are chances of these getting reversed. This leads to a revision of return expectations and future expectations for the industry. The banking system in Australia differs from that of America. In Australia, the demarcation line between retail banks and the investment banks have blurred down to a great extent. 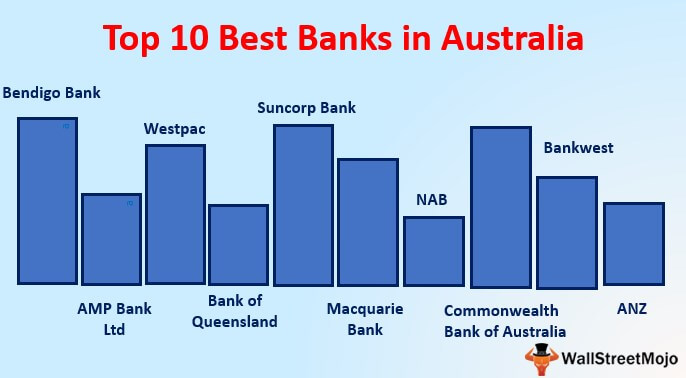 Structure of Banks in Australia

The Australian Banking sector is evolving with time and is currently undergoing progressive deregulation and privatization. Now foreign banks are allowed by the government to enter the financial market. The retail banks in Australia in the current scenario offer a number of financial services like life and general insurance, stock brokering, and security underwriting to the retail customers. They also provide corporate and consumer loans to help both individuals and businesses to flourish. Since the retail banks provide a basket of financial services it directly puts them in completion with the brokerage firms and the merchant banks. Non – Australian foreign banks are allowed by the government to open and operate as branches so that they can cater to the wholesale market. But in this case, retail banking is only allowed through a locally incorporated subsidiary.

At the head is the Reserve Bank of Australia (RBA) which decides the monetary policy and regulates the payment system.  Then there is the Australian Prudential Regulation Authority (APRA) whose main function is to keep a tab on the banks, credit unions, building societies, insurance companies including general, life and private health insurance, and the members of the superannuation industry. The Australian Prudential Regulation Authority keeps an eye on the institution whose holdings are nearly USD3.7 Trillion in assets which cover almost 24 million Australian depositors, policyholders, and members of superannuation fund.

In Australia, banks require a bank license as per the Banking Act. Foreign banks also require a license as they are only allowed to operate through a branch in Australia and also via Australian incorporated foreign bank subsidiaries. banks in Australia can be classified into four major categories. They are:

The major banks or the nationally operating banks have extensive branches and agency networks because they operate throughout Australia. The State Banks have their operations within each state and the regionally operating banks are those building societies that have been converted into banks and they cater to a niche market. The structure of the Australian Banking system is oligopolistic in nature. The Australian market is dominated by four major banks thus lessening completion and making the market oligopolistic.

In Australia, there are 53 Australian banks out of which only 14 are owned by the government. Though there are several small banks present the Australian Banking sector is dominated by four major banks- Commonwealth Bank of Australia, Westpac Banking Corporation, Australia and New Zealand Banking Group (ANZ) and National Australia Bank (NAB). All these banks have AA- ratings.

This is a multinational bank. It has its presence in New Zealand, Fiji Islands, Asia, the US, and the UK. This bank was formed in the year 1911 and has headquartered in Sydney. This bank has more than 11,000 branches and the number of employees is approximately 52,000. It is the biggest bank in Australia and it provides a varied range of services and a basket of financial products. It offers services in retail, business, and institutional banking and also wealth management.

This bank was formed in 1835 and is one of the best Banks in Australia. It has its operation in the US, Europe, Australia, New Zealand, the Asia-Pacific region and the Middle East. The bank provides financial services to retail, HNI clients, SMEs, corporate and commercial customers. It has its headquarters in Melbourne and has nearly 46,000 staff.

This bank was formed as a result of the merger between the National Bank of Australasia and the Commercial Banking Company of Sydney. With headquarters in Docklands, it is present in New Zealand, US, Asia, and Europe.

This was known as Bank of New South Wales and is the result of the merger between BNSW and Commercial Bank of Australia. It offers services through its 5 divisions- Consumer Bank, Business Bank, BT Financial Group, Westpac Institutional Bank, and Westpac NZ.

This bank has its headquarters in Queensland and it offers only retail banking services.

With headquarters in Sydney, this bank offers services in asset management, finance, banking, advisory and risk, and capital solutions.

This was formed due to a merger between Bendigo Bank and Adelaide Bank. It is one of the largest retail banks in Australia.

This bank is based out of Sydney and it offers retail banking services like deposits, residential mortgages, transaction banking services, etc. It is one of the leading wealth management firms in Australia and NZ. Its operation is spread over Asia, the Middle East, Europe, and North America.

This bank specializes in providing services like general insurance, banking, life insurance, and wealth management services in Australia and NZ. The bank has its headquarters in Brisbane.

This bank started off as a rural lender but became a full-fledged trading bank in 1945. With headquarters in Perth, this bank also has offices in Adelaide, Brisbane, Canberra, Melbourne, and Sydney. It offers services in personal banking, business banking, commercial banking, agri-business finance, etc.

We hope you liked this guide to the top 10 best banks in Australia. Here we discuss the overview of Best Australian Banks along with its structure and industry dynamics. If you are looking forward to making a career in Banking, then you can check out some of the awesome resources –