What is Foreign Investment?

Foreign Investment refers to domestic companies investing in foreign companies with the objective of gaining stake and seeking active participation not only day-to-day operations of the business and but also for key strategic expansion. Suppose if an American company invests its capital in an Indian company then it will be called foreign investment. 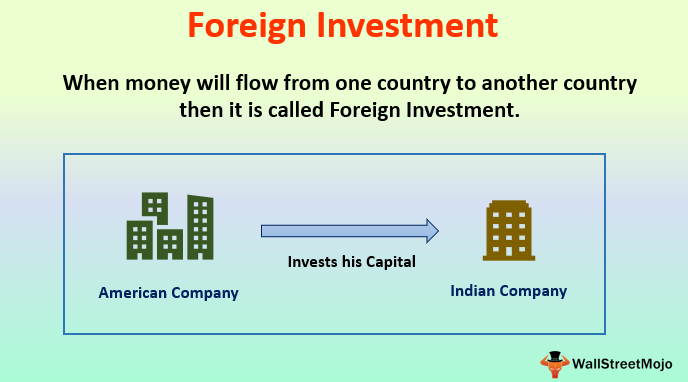 There are two types – 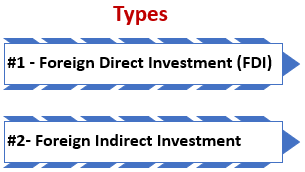 When a company/financial institution/individuals invest in other countries and own more than 10% of stake in a company then it is called foreign direct investment. It gives the investor controlling power and he can also influence the companies operation and process. There is one more way of direct investment which is opening plants, factories, and offices in another country.

There are two types of foreign direct investment:

When an investor establishing the same type of business in a foreign country in which he operates in his country or when two companies of the same business but operating in different countries merge with each other then it is called a Horizontal investment. This type of investment is done by the company for gaining market share and becoming a global leader.

When a company/financial institutions/individuals invest in another country by buying stocks of companies that are trading in foreign stock exchange but their investment does not cross the 10% of the stock in a single company.

There are two methods or strategies for this investment:

Below are the two routes –

Disadvantages of foreign investment are as below:

Foreign investment is just an investment but this is coming from another country. Since the investment is coming from the cross border, therefore, it’s required more rules & regulations is applicable to foreign investment. It is beneficial for developing country because it helps in building infrastructure, creating employment, knowledge sharing and increasing the purchasing power, at the same time it is required for the developed country also because they want to expand their business and for that, it is required to go beyond to his country.

In the era of globalization, foreign investment plays a very important role in business expansion. On the other hand, it is harmful to small and domestic businesses because they don’t have so many funds to survive against these big companies.