The macro-environment refers to the economic condition which is largely derived from the Country’s Gross Domestic Product, Spending patterns, inflation, and the monetary policy framework laid down by the federal reserve and is generally consist of the economic factors as a whole rather than measuring the individual performance of the sectors.

Below mentioned are some of the types/components of the macro environment. 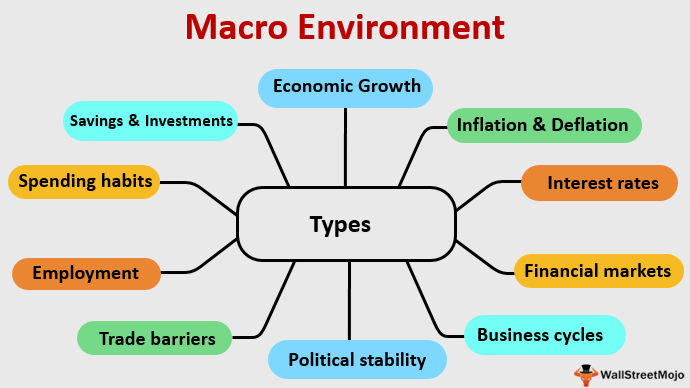 Below mentioned are some of the examples of the macro environment.

Advantages of the Macro Environment

Below are some of the Advantages :

Macro environment is one of the most complex topics to talk about and research since many things need to be taken into consideration while forming an opinion on the macro environment and its impact on the economy as well.

This has been a guide to what is Macro Environment and its definition. Here we discuss the various types of macro environment with the examples. We also discuss the advantages and disadvantages. You can learn more from the following articles –