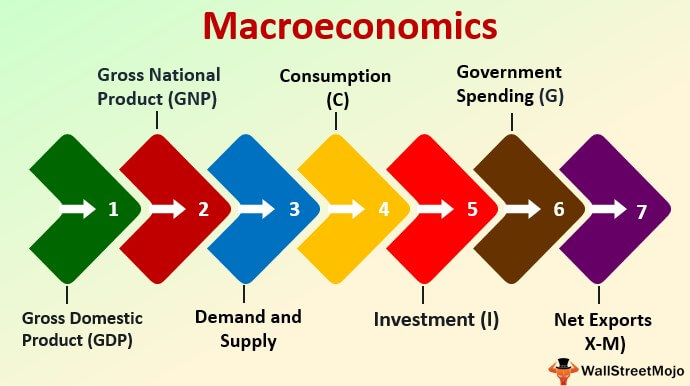 This is probably the more fascinating subject among the two branches of economics – micro and macroeconomics. This contains the global picture, a bird’s eye view and to me, has a lot more interesting aspects to think about. I would choose macro over microeconomics any day. So what’s with macroeconomics?

Macroeconomics is a ‘top-down’ approach and is in a way, a helicopter view of the economy as a whole. It aims at studying those aspects and phenomena which are important to the national economy and world economy at large. To mention a few of them are the country’s GDP (Gross Domestic Product) growth; inflation and inflation expectations; the government’s spending, receipts, and borrowings (fiscal policies); unemployment rates; monetary policy, etc. (also have a look at Fiscal vs Monetary Policy)

These can help understand the state of the economy, formulate policies at an influential level and conduct macroeconomic research.

Another great macroeconomist and a Nobel Laureate, Milton Friedman also did a study on the Great Depression and debated the earlier premise Keynes – this piece and its offshoots form part of Monetary economics,

When we study macroeconomics, we must familiarize ourselves with certain ubiquitous terms and more importantly, what they mean. Once we appreciate the theory, we get a sound understanding of the global events that affect everyday life. So let’s get to it!

This is the value in terms of money, of all the goods and services that are produced domestically (within the nation). Why is this important? The country’s actual worth is determined by its ability to produce domestically – that it makes use of the resources available within it to make widgets that people are willing to spend for. Thus it measures the level of economic activity in the country.

Also, check out the differences between Real and Nominal GDP in detail here. 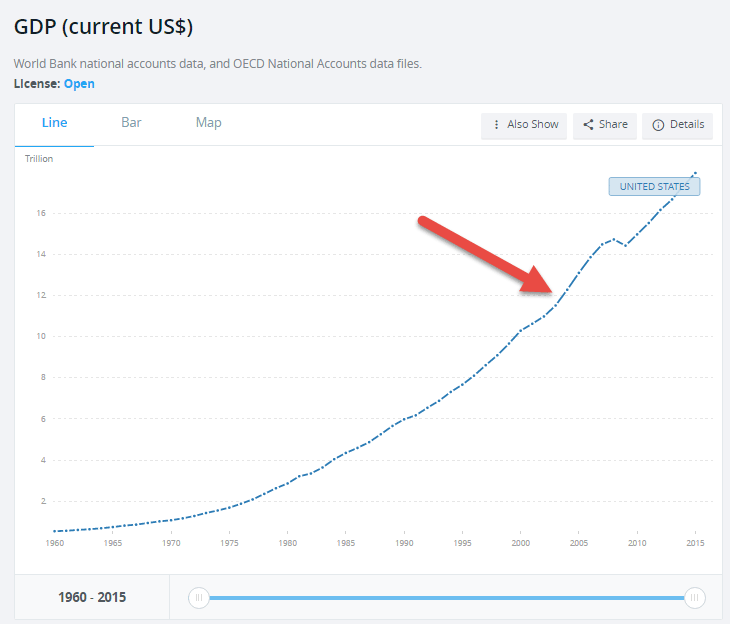 This too measures the level of economic activity in a country and is very similar to GDP. The difference is that another component known as ‘Net Factor Income from Abroad’ (NFIA) is added to the value of GDP. 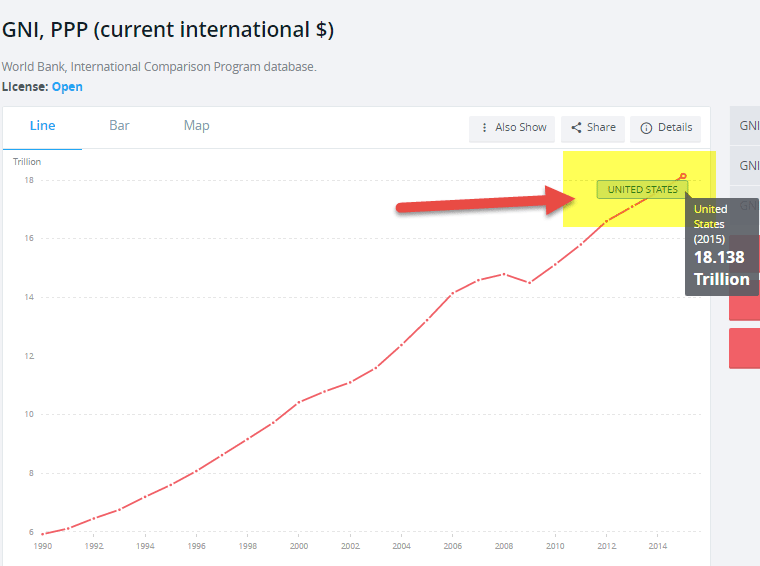 Thus GNP is also a measure of a nation’s economic activity but GDP is more often used for different reasons.

Demand and Supply in Macroeconomics

Where beauty lies in the eyes of the beholder

In general, there are considered to be two schools of economic thought: ‘demand-side’ and ‘supply-side’. This is very widely debated and economists generally fall into one of these categories. This is even more visible when it comes to macroeconomics than microeconomics. Here, demand and supply mean a broad range of things since both of them are aggregate by nature.

Broadly speaking, GDP and thus GNP can be said to comprise the following four fundamental components of the aggregate demand side of economics.

Private consumption of goods and services forms part of Consumption (C) which is how much households expend to purchase final goods and services and not intermediate ones. Examples of final goods and services are cars, refrigerators, milk purchased by households and they’re like. Intermediate goods are those which can be used for further production or can be resold. Examples include the milk shop purchasing the milk which we consider as a final good etc. The curd we buy from the shop is a final good unless the milk made by us using the curd is meant to be sold. Thus they are distinguished based on their use and not based on the product itself.

Investments (I) include purchases of machinery, equipment, capital-intensive purchases, households’ spending on homes, etc. Buying shares of companies doesn’t form part of the above mentioned ‘investment’ nor do change hands of assets which we already have with us.

Government Spending (G) as the name suggests talks about public spending which shows itself in different forms like expenditures on the defense sector; building roads, public schools, and hospitals, etc. Although the government does spend on unemployment benefits etc. in some countries like the US these don’t count in calculation of aggregate demand for GDP.

Net Exports (X-M) is Exports (X) minus imports (M). There’s no need for an explanation for that! Net Exports are similar to Balance of Trade (BoT) but a subtle point to note is that balance of trade includes exports and imports only of goods (goods are also known as ‘visible items’ in macroeconomics while services are known as ‘invisible items’). In the modern age, services are increasingly forming a major part of one’s economy. Have a look at how many IT companies are already there, the apps you use and whatnot.

Thus, GDP consists of all the above components. I am sure you would allow me to write it as:

There are two types of accounts that every nation has. The ‘Current Account’ and ‘Capital Account.’ Let’s have a look at what they are:

The Current Account (CA) of a country is a record of the monetary value of its exports and imports (goods, services, and unilateral transfers) and forms part of the BoT. When the exports are greater than its imports, its current account records a surplus and when exports are lesser than its imports, it records a deficit – quite obvious! These are generally short-term transactions. The US, UK, India and a majority of the countries in the world run a current account deficit. Japan and Germany are a few examples of nations running a current account surplus.

Just to put this in an equation’s perspective,

This is a record of the monetary value of purchases of foreign assets and liabilities like sovereign debt, investments made by and into the country, corporate debt from abroad, etc. although I wouldn’t like to elaborate too much on this, the talk about Foreign Direct Investment (FDI) and Foreign Portfolio Investment (FPI) into countries and the building up of FX Reserves (like buying US government debt and thus, dollars) to stabilize a country’s currency falls into the capital account.

If you are familiar with accounts, this is like a company’s balance sheet which has an assets and liabilities side where both should tally and the difference be zero.

Macroeconomics Example: The US has run a Current Account Deficit for many years. Why? Simply because they consume more than they earn. But how does the US fund/finance it’s spending? It borrows money by issuing sovereign debt especially given that its debt is the safest. Thus they run a Capital Account Surplus.

What if a country runs both a current and capital account surplus? Put the equation intuitively. It means that they earn more than they consume. But they are also sloshed with money given that they issue sovereign debt! What do they do with the excess money? They have totally this twin surplus condition else their economy will suffer. They buy FX Reserves to adjust for this condition. China was in such a situation. Look at their FX Reserves. Although they’ve fallen around $90 billion in the past year, their FX Reserves are the highest of any country in the world at around $2.5 trillion.

From the above discussion, we can say that the Current Account of the country is simply its savings less investment. For the math nerds, I hope the following is worthwhile:

Effectively, “Y – C – G” is ‘Savings.’ The GDP minus how much is consumed and how much the government spends is its savings (S). So, finally:

The next time you read a book or search google for what a current account is and the result throws out ‘Savings minus Investment’ you should be knowing why it is so!

Guess you got familiar with some basic understanding of macroeconomics from the above stuff. Take the financial newspaper or financial magazines of your country be it the Financial Times, Wall Street Journal, The Economic Times, The Economist or; take books written by economists like Dr.Nouriel Roubini,Dr. Raghuram Rajan and many others, I am pretty sure you will find at least one article or page making a mention about any or all of the above concepts.

Today’s world of macroeconomics has evolved and evolved big time. The fundamentals written till now remain the same yet the approach towards it has changed. Check the web and you would find terms like ‘Quantitative Easing’, ‘Negative Interest Rates’ and ‘Helicopter Money’ flooding them. As mentioned initially, monetary economics relies heavily on interest rates which is what governs economies across the globe now. The explanations of these terms are there, but it is for you to start connecting the dots – how would interest rates affect the GDP, FDI flows? How will the current account behave with the current interest rates?

These are some questions you should be asking yourself and if you already are, you’re going to become a think-tank. Hope this served you well! You may also learn more about Economics from the following suggested articles –