Formula to Calculate Per Capita Income

Per capita income can be described as an economic barometer which measures the income earned by an individual under a given set of economic unit say geographic region i.e. province, country, city, area, sector, etc. in a specified period say, during a year usually aiming to determine the average income earned by a person in order to evaluate the standard of living of group of persons living under that geographical region during specified period.

For example, the total income of all the individuals living in Boston is $80,00,000 and the total population is 1000,

Examples of Per Capita Income (with Excel Template)

Let’s see some simple to advanced practical examples to understand it better.

And, Total population will be 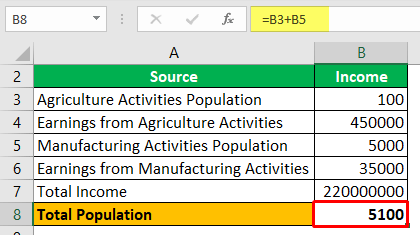 Calculation can be done as follows- 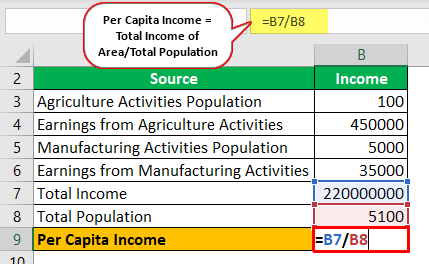 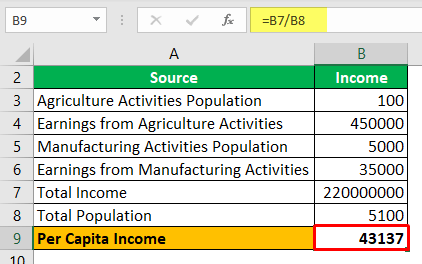 Suppose In a city there are 10,000 workers working at different pay scales.

You are required to calculate per capita income 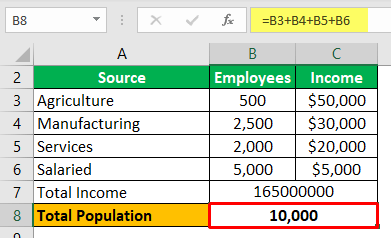 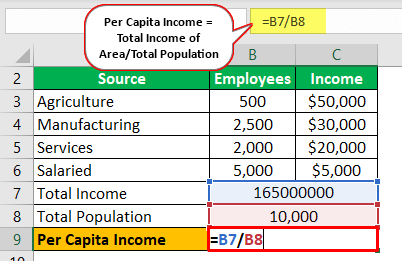 Per Capita Income will be – 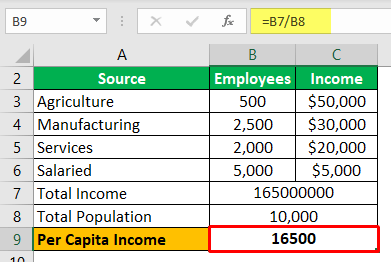 Suppose there are 5 companies in a city. The number of employees and the income of the companies are as follows.

Calculate per capita income of the City. 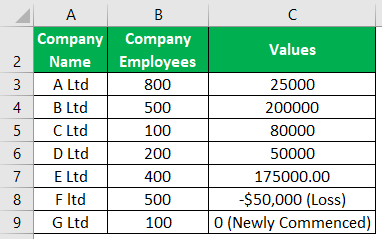 Solution: To arrive at the per capita income of these companies, we need to perform the necessary calculations shown below. 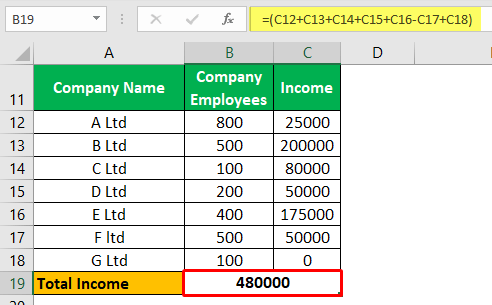 And, calculate the total population 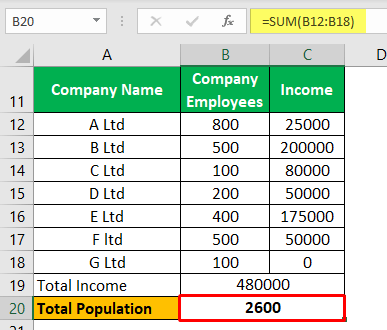 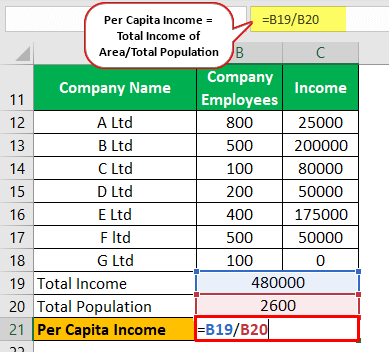 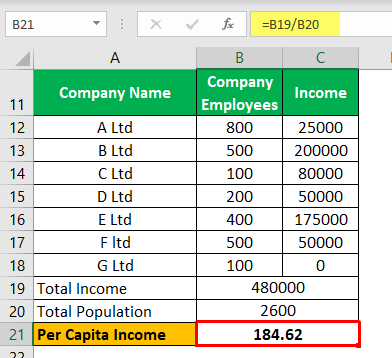 This has been a guide to Per Capita Income Formula Definition. Here we discuss the formula for calculation of per capita income along with practical examples and downloadable excel template. You can learn more about financial analysis from the following articles –