In VLOOKUP or vertical lookup when we use a reference cell or value to search in a group of columns containing data to be matched and retrieve the output, the group of range we used to match is called as VLOOKUP table_array, in table array the referenced cell is at the leftmost side of the column.

The VLOOKUP (vertical lookup) function in Excel looks up a piece of information or value from one column of a table array or dataset and extracts and returns some corresponding value or information from another column.

VLOOKUP in Excel is a built-in function and is named so because the formula looks for value and searches it vertically down a specific column. It stops as soon as it finds that value and looks to the right of that value in a column that we specify.

The function needs value or arguments in order to run. On creating an HLOOKUP or VLOOKUP function in Excel, we enter a range of cells as one of the arguments. This range is called the table_array argument. 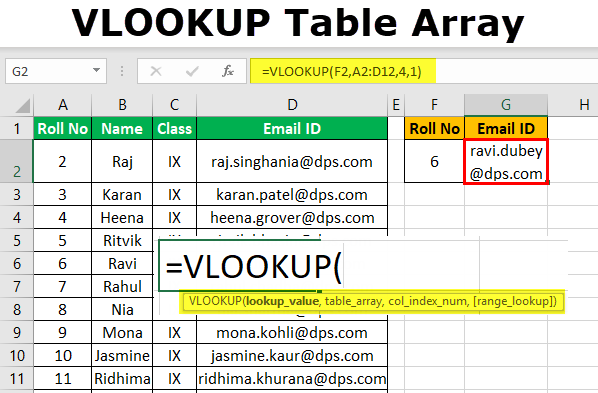 General Syntax for the VLOOKUP function is as follows:

The VLOOKUP function syntax has the following arguments:

So we can see in the above syntax that the second argument provided to the function is the VLOOKUP table_array.

Let us suppose we have a student records’ table consisting of roll number, name, class, and email ID of some students. Now, if we wish to get the email ID of a particular student from this database, then we use the VLOOKUP function as follows:

In the above formula, the range- A2: D12 is the Vlookup table array.

We can see that the VLOOKUP formula looks for the value 6 (as cell F2 contains the value 6) in the left-most column of the student records’ table by searching from top to bottom. 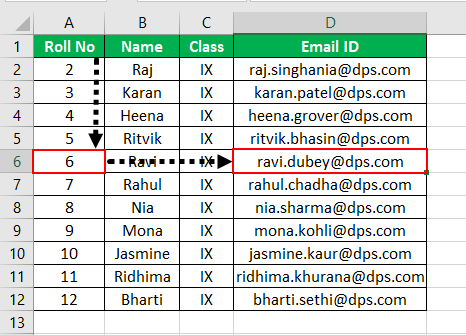 As soon as the formula finds the value 6, it goes to the right in the fourth column and extracts the Email ID from it. 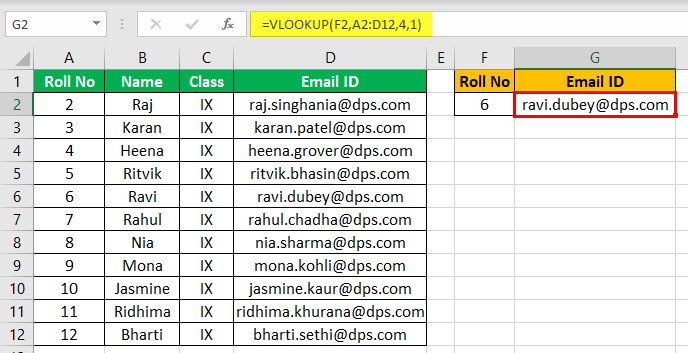 So we can see that the email ID of roll no 6 is correctly extracted and returned with this function. 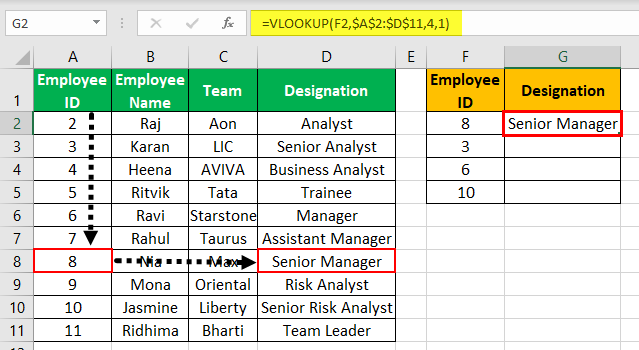 We can see that absolute referencing is created by typing a “$” in front of the row and column of a cell reference. This will allow the user to copy the cell reference to other cells while locking the reference point: (starting and ending cells of table array-A2:D11 in this case). A keyboard excels shortcut for creating an Absolute Reference is by pressing the F4 key on the keypad after typing the cell reference. 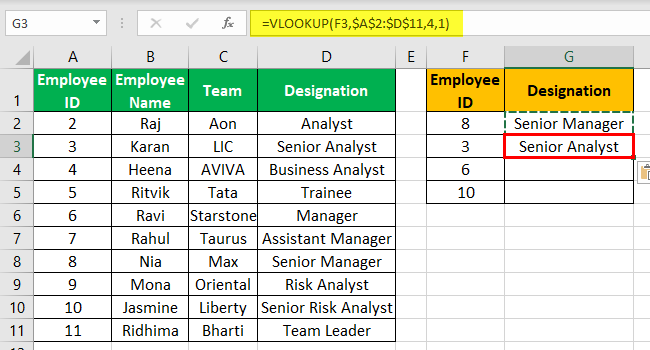 So now, when we copy the VLOOKUP formula from cell G2 and paste it down to three other cells G3, G4, and G5, then only the lookup value (the first argument that has cell reference) changes, and the second argument (table_array) remains the same. This is so because, in G2, we used absolute cell referencing for table_array so that the table range remains fixed or locked.

So we can see that Designation for the corresponding Employee Id’s is correctly extracted and returned with absolute referencing for table_array. 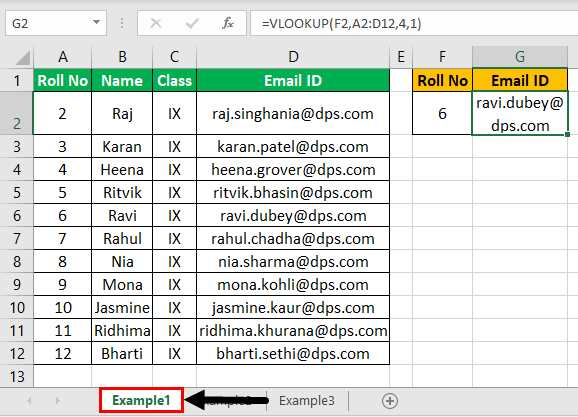 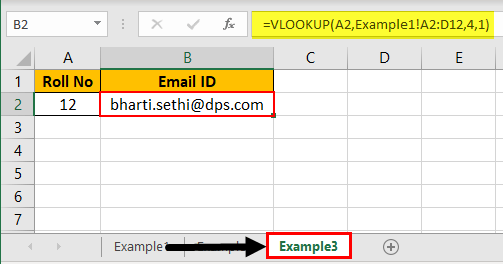 So we can see that the email ID of roll no 12 is correctly extracted and returned even when the Vlookup table array is present on another sheet of the workbook.

This has been a guide to VLOOKUP Table Array. Here we learn how to use the VLOOKUP Table Array in Excel along with practical examples and a downloadable excel template. You may learn more about excel from the following articles –