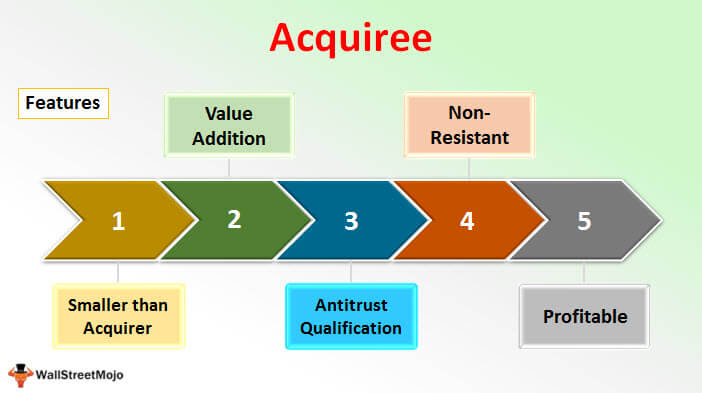 Acquiree, also known as the target company, is the one that is being taken over by the acquirer company in a merger and acquisition transaction. It is usually the smaller of the two companies, until and unless it is a merger of two companies of equal stature.

Below is the diagram for a merger, wherein the acquirer takes over the acquiree and posts the transaction, the only acquirer remains.

While the below diagram shows how post-acquisition, both the acquirer and the acquiree continue to exists independently, but the acquirer has greater control. 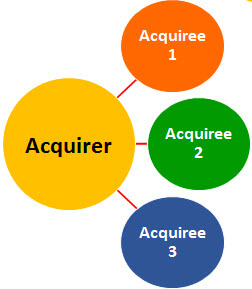 Features of an Ideal Acquiree

In 2009, Disney took over Marvel Entertainment for $4 billion. So Disney was the acquirer, and Marvel was the acquiree. Even now, marvel movies release and Marvel has retained its name, but now it is owned by Disney.

This article has been a guide to What is Acquiree & its Meaning. Here we discuss the features of an ideal acquiree candidate along with practical examples. You can learn more about from the following articles –