What is Acquisition Premium?

Acquisition Premium, also known as the takeover premium, is the difference in the purchase consideration i.e. the price paid by the acquiring company to the shareholders of the target company and the target company’s pre-merged market value

So the post-merger value of the merged company (VC) is

Why does the Acquirer Pay the Extra Acquisition Premium? 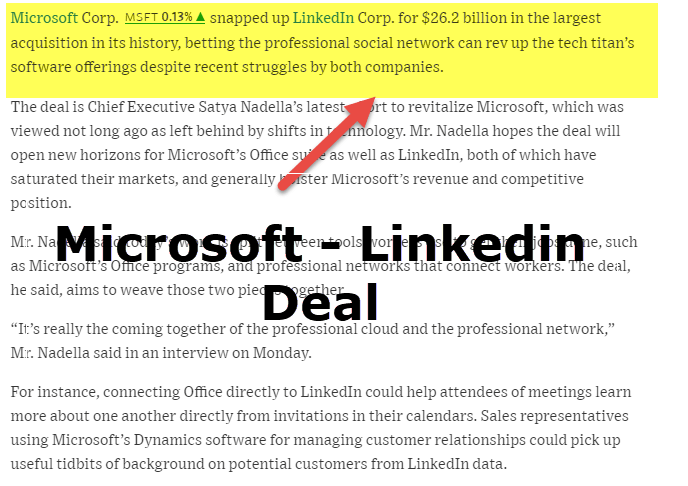 Acquirer pay extra Premium because of the following reasons –

The relationship between Takeover Premium and Synergies

Higher synergies in M&A results in higher premiums. Before we go to the Premium calculation, we need to understand the synergies created from the merger.

Takeover premiums can be calculated from share price value. Let’s assume company A wants to acquire company B. The value of the Company’s B share is $20 per share, and company A offers $25 per share.

Suppose the acquirer offers a higher EV/EBITDA ratio than the average EV/EBITDA multiple. It can be concluded that the acquirer is overpaying for the deal.

Other methods, like the Black- Scholes option pricing model, can also be used for calculation. Investment banks hired by the target company will also look into the historical data of the premium paid on similar deals to provide a proper justification to the shareholder of its company.

What is the Correct Price to be Paid as Acquisition Premium?

It is difficult to understand whether the acquisition premium that is paid is overvalued or not. As in several cases, a high premium ended in better results than what a lower premium did. But this case is always not true.

Like when Quakers Oats acquired Snapple, it had paid $1.7 billion. The company did not perform well as Quaker Oats sold Snapple to Triarc Companies for less than 20% of what it had paid earlier. Therefore proper analysis should be done before going for a deal and not get instigated because the other competitors in the market are offering a greater price.

Where do we Record Turnover Premium in Books of Account for the Acquirer?

Turnover Premium is recorded as the goodwill on the balance sheet. If the acquirer buys it at a discount, then it is recorded as negative goodwill. By discount, we mean less than the market price of the target company. If the acquirer benefits from the technology, good brand presence, patents of the target company, then it is considered in goodwill. Economic deterioration, negative cash flows, etc. account for a reduction of goodwill in a balance sheet.

This article has been a guide to Acquisition Premium in M&A and its definition. Here we discuss takeover premium calculation along with practical examples and its relationship with Synergies in M&A. You may also take a look at the following useful M&A articles –