What is the Joint Probability?

Joint Probability is the possibility of occurring one or more independent events at the same time, denoted as P (A∩B) or P (A and B) and is calculated by multiplying the probability of both the outcomes = P (A)*P (B)

Step 2 – To calculate joint probability, both the probabilities must be multiplied.

Let’s consider a simple example. A bag contains 10 blue balls and 10 red balls if we choose 1 red and 1 blue from the bag on a single take. What will be the joint probability of choosing 1 blue and 1 red? 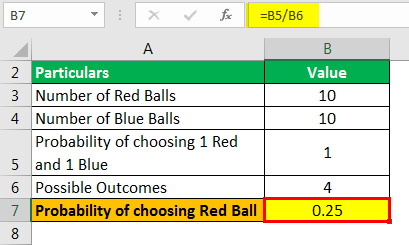 Probability of choosing a blue ball 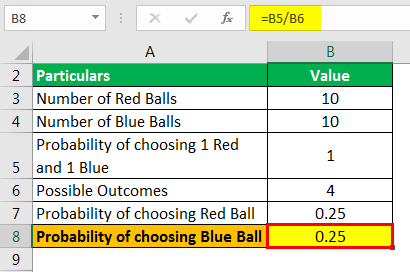 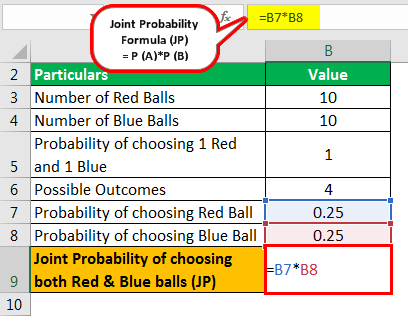 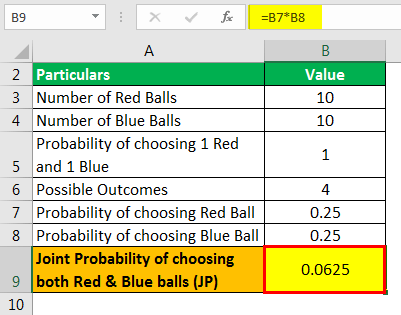 You have students strength of 50 in a class, and 4 students are between 140-150cms in height. If you randomly select one student and without replacing the first selected person, you are selecting the second person what is a probability of both being between 140-150cms.

First, need to find the probability of choosing 1 student in the first draw

Next, we need to find the second person between 140-150cms without replacing the selected. As we already selected 1 from 4 the balance will be 3 students. 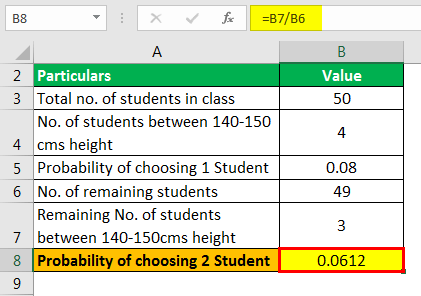 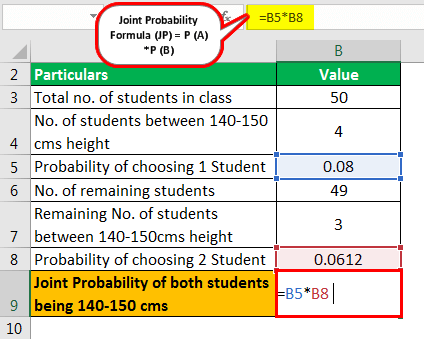 Therefore, the Joint Probability of both students being 140-150cms will be – 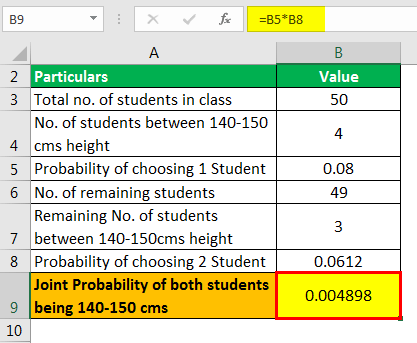 There was a survey with Full-timers and Part-timers in a college to find how they are choosing a course. There were two options, either by the quality of a college or by the cost, of course. Let’s find the joint probability if both full-timers and part-timers choose cost as the deciding factor.

Probability of full-timers in college

Probability of part-timers in college

Joint Probability of full-timers and part-timers is calculated as follows, 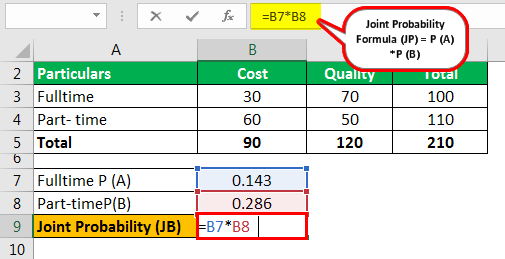 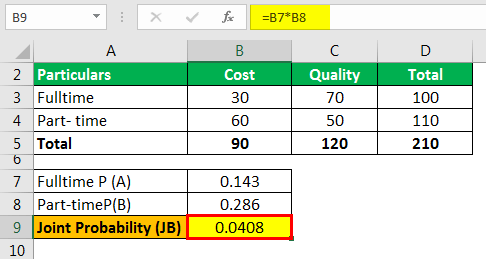 Both conditional and joint probabilities deal with two events, but their occurrence makes it different. In conditional, it has an underlying condition, whereas in joint, it just occurs at the same time.

We can just use to know the value of both events occurring together, but will not show how far one event will influence the other.

This has been a guide to Joint Probability and its definition. Here we discuss the formula for calculation of joint probability along with practical examples and a downloadable excel template. You can learn more from the following articles –