Negatively skewed distribution refers to the distribution type where the more values are plotted on the right side of the graph, where the tail of the distribution is longer on the left side and the mean is lower than the median and mode which it might be zero or negative due to the nature of the data as negatively distributed.

In this, there is a wide gap in the distributions as the negative side is heavy; for example, the data contains the income distribution the income of the rich class is much higher than the lower and middle class and hence there is a wide gap in the income distribution die to which means will be above average as due to high gap. In a negatively skewed distribution, the left tail is longer in the graph. This shows unfavorable conditions for any nation, which means there is very vast inequality in the distribution of income, which might result in the underdevelopment of the nation at large. Poverty, unemployment, etc. increases. In such a situation, the poor get the poorer, and the richer get richer. 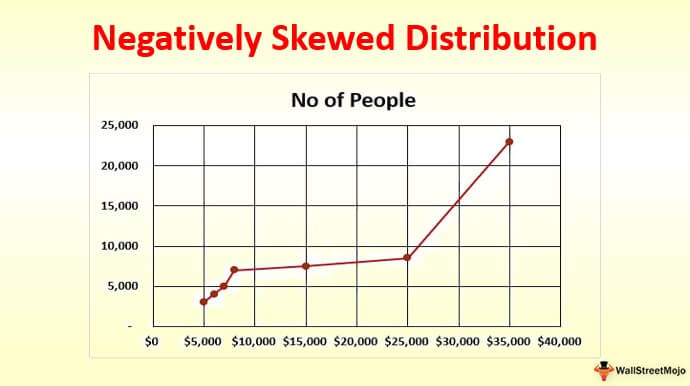 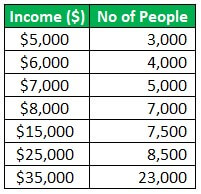 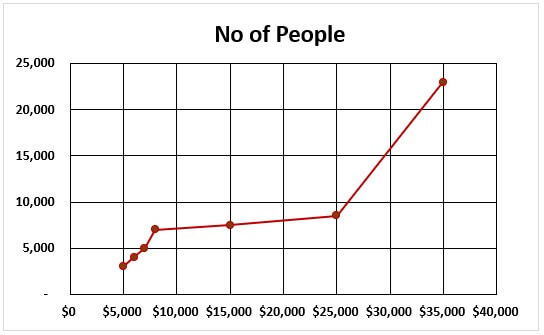 As shown in the above example, there is a wide gap in the distribution of the income, and the tail is bent more towards the left side of the plotting area, which reflects the distribution is negatively skewed.

Where n is the number of samples

In a positively skewed distribution, there are favorable conditions for the country as a large population belongs to the same group, and very few populations are different from the crowd. In a positively skewed distribution, mean, median, and mode are positives. The mean is, in this case, is greater than the median and the median greater than the mode.

Median is the middle value, and mode is the highest value. But due to unequal distribution median will be higher than the mean.

This has been a guide to What is Negatively Skewed Distribution & its Definition. Here we discuss its examples along with its interpretation. You can learn more about from the following articles –