What is the Risk-Reward Ratio?

The risk-reward ratio is the measure that is used by the investors during the trading for knowing their potential loss with respect to the potential profit out of the trade and hence used by the traders for effectively managing their risk and capital during the trading process. If the risk-reward ratio is 1:4, then it implies that the investor is ready to risk $1 for a potential gain of $4. 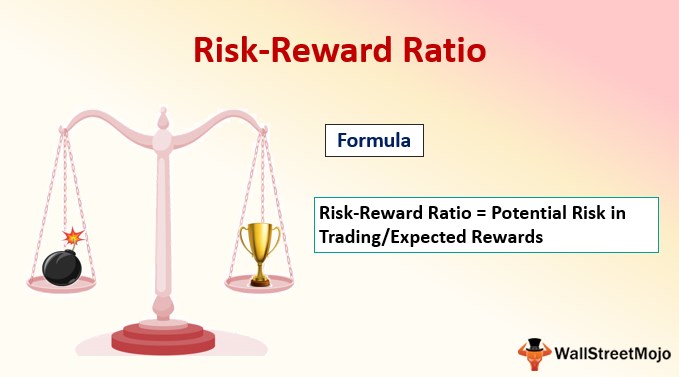 Also, the investor decides to place the stop loss to the order of $ 170 per share. So, the potential risk of the trading will be the difference between the entry price per share and the stop-loss order value of the stock.

Finally, the risk-reward ratio from the investment per share will be calculated by dividing the expected rewards by the potential risk in trading using the below formula:

Thus the risk-reward ratio of the expected investment is 1 in 2. Since the ratio is less than 1, it indicated that with the given risk, investment has the potential of giving a double return.

The risk-reward ratio provides the measurement of the expected rewards which the investor is going to generate with the given level of the potential risk. This ratio is very helpful for investors while making decisions with respect to their trading investment. So, the investment will be made by the investor according to his own capacity on the basis of this ratio.

This has been a guide to What is Risk-Reward Ratio in Trading & its Definition. Here we discuss the formula to calculate the risk-reward ratio along with examples and its importance. You can learn more about from the following articles –