The method of accounting for the allocation of costs of any physical or tangible asset during its useful life is known as depreciation and it is that value which shows that how much has been utilized of an asset’s value and Depreciating the assets helps the entities to generate revenue from that asset while charging small portion of the cost of asset in use every year.

In accounting and finance, depreciation refers to the method of allocating the cost of a tangible asset over its useful life. There are various methods for calculating the amount, which we will see later in the article, but let us get a brief understanding of how it works with the help of the following illustration. 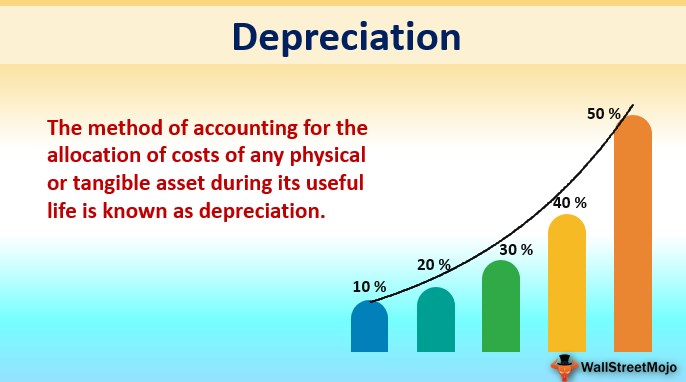 Company X Inc. starts manufacturing aerated beverages in the year 2016. It has bought a bottling machine at the cost of $ 10 MN. Plant supervisor Mr. Trevor has conducted technical feasibility of the bottling machine and believes that it will last for 10 years with no salvage value. What should be the amount that should be changed every year in the books of accounts?

For simplicity, let us assume that plant will perform evenly throughout its economic life.

The company will charge $1,000,000 each year to ten years. At the end of 10 years, the entire cost of the asset would have been charged off. Hence, we can say that depreciation is a systematic allocation of the cost of tangible assets over its useful life.

All the above-mentioned factors highlight the reason which causes depletion in the value of assets in use. These depletions in value may happen in one year or gradually throughout the economic life of the asset. To record these decline in value company makes provision for depreciation every year. There are various methods for calculating the amount. Let us look at some of the prominent ones. 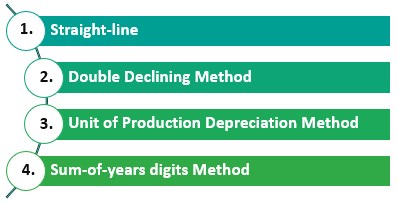 It is the simplest and most used method for calculation. Illustration 1 above depicts the straight-line method. In the Straight line method, a constant depreciation amount is charged every year. Corporations have to estimate the residual value, which represents the value which the company expects to recover at the end of the useful life of the machine.

Implications of the Straight Line method

Company X Inc. has bought the bottling machine at the cost of $ 10 MN. Plant supervisor Mr. Trevor has conducted technical feasibility of the bottling machine and believes that the diminishing balance method will be most suited for it for the purpose of depreciation. The expected economic life of an asset is 5 years.

If you look at the fifth year of depreciation, it stands at $1,296,000. Please note that in the last year, the asset gets depreciated fully (salvage value is zero).

In the unit of production method, depreciation is charged according to the actual usage of the asset. This is similar to the straight-line method except for that life of the asset is estimated based on the activity driving the asset like a number of machine-hours, the number of setups, the number of units produced and etc.

Implications of the Unit of Production Method

Example of Unit of Production Method

Company X Inc. has bought the bottling machine at the cost of $ 10million. Plant supervisor Mr. Trevor has conducted technical feasibility of the bottling machine and believes that the sum of the digits method will be most suited. The expected economic life of an asset is 5 years. Calculate the depreciation.

For understanding the impact on the Financial Statements, let us take a very basic example.

Let us assume that both Company A and B are exactly the same in terms of everything (except for that of depreciation). We assume that the only change in the depreciation of the two companies.

Also, note that the accelerated method charges a higher amount in initial years and a lower amount in the final years.

Below is the Income Statement of Company A and B.

Let us now look at how the Profitability margins differ as time progresses.

For Year 5, we assume that all financial parameters are the same except for depreciation. 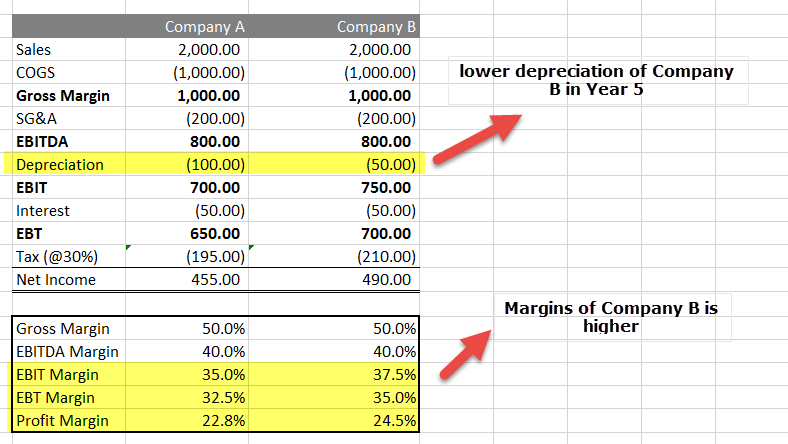 As we can see from above that in Year 5, the EBIT Margins, EBT Margin, and Profit Margin as higher for Company B as compared to Company A;

US GAAP and Depreciation

We have seen the above four most commonly used methods of depreciation used by companies. The above methods are not exhaustive but are only illustrative. There are various methods apart from the above, like units of time, Group method, composite method and etc. The selection of the method is not only dependent on the nature of assets but also on a number of other factors like accounting policies, regulatory requirements, inflation, and etc.

The accounting concept defines depreciation as a systematic allocation of the cost of an asset over its estimated useful life. Assets are recognized in the books of account on the basis of historical cost. Historical cost is significantly different from the fair value as the historical cost reflects the price that was paid for purchasing the asset. Whereas on the other hand, the fair value accounting reflects the market or current price of an asset. Though there is a concept of revaluation of assets in US GAAP, which, if used, will reflect the fair value of assets, but revaluation concept is hardly used due to its complexities and time-consuming approach.

In order to calculate depreciation, companies first determine the depreciable base of an asset (Difference between an asset’s cost and its salvage value). U.S GAAP allows a number of methods that companies may choose depending nature of the asset and the management decision about capital investment and replacement cost.

The depreciation charge is recorded in each accounting period. It is reported in both the income statement and the balance sheet. It is also to be reported in the cash flow statement.

Differences between Amortization and Depreciation

Depreciation is the charge on the use of the asset. But it is quite different from other operating expenses. For operating expenses like rent, salaries, etc. cash has to be incurred. There is always an outflow of cash whenever the company incurs any expense. There is no outflow of resources, and it is a non-cash expenditure. Hence, wherever important financial decisions are taken, an important consideration has to be taken on the inclusion or exclusion. The most commonly used benchmark for judging the profitability of the company is EBITDA (Earnings before interest, tax, depreciation, and amortization), which excludes the impact of depreciation. Despite being a non-cash expenditure, it cannot be overlooked because true profits have to consider its impact.