What is Inventory Valuation?

There are three main types/methods by which inventory management calculations can be done: 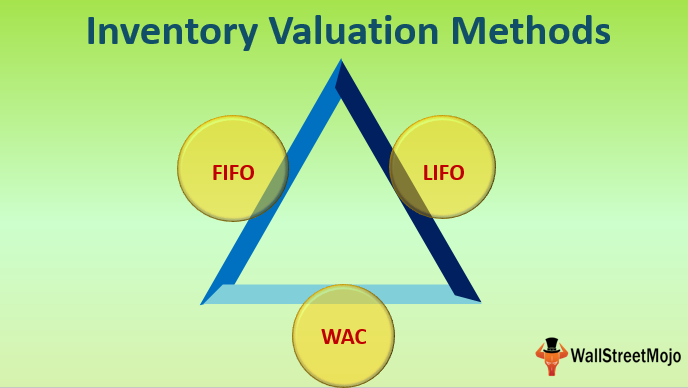 Mathematically, it can be expressed as:

Following is the example of inventory valuation methods in accounting.

Consider the case of a garment manufacturer who buys suits through 2 transactions:

Also, assume that there were 400 suits sold at the end of the month.

In LIFO, it is assumed that the goods recently purchased are sold first.

In the WAC method, both costs of goods sold and the remaining inventory are calculated based on the weighted average cost.

Refer to the excel sheet given above for detailed calculation.

Inventory valuation is important because of the impact it has on the financial numbers of the firm. One should do a proper analysis and due diligence before selecting and implementing the valuation method as once selected; it cannot be changed mid-way.

This article has been a guide to Inventory Valuation Methods. Here we discuss the top 3 methods of inventory valuation in accounting (LIFO, FIFO & Weighted Average) along with examples. You can learn more about financing from the following articles –