What is the LIFO Inventory Method in Accounting?

LIFO (Last In First Out Method) is one of the methods of accounting of inventory value on the balance sheet. Other methods are FIFO inventory (First In First Out) and Average Cost Method.

Due to the above two main reasons, it is necessary to have a method to arrive at the value of Inventory. Now, this is where LIFO accounting, FIFO and Average Cost Method come into the picture. Companies have to make disclosure in their financial statement about which method they are adopting for Inventory Valuation.

In this LIFO method example, consider a case of M/s ABC Bricks Ltd, a distributor of cement bricks. It receives stock of bricks from the manufacturer on a daily basis; however, the prices keep changing on a daily basis. The company receives orders from customers on a weekly basis.

The details of stock purchases are as follows: 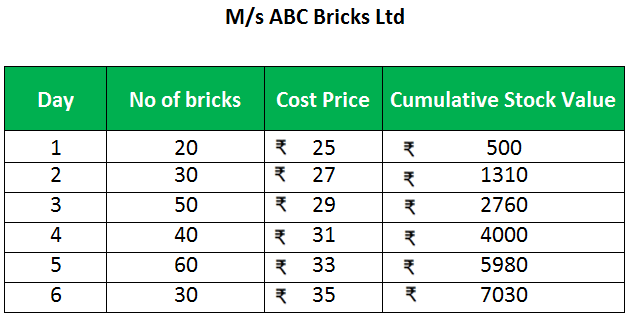 On day 1 of the week, the company purchased 20 bricks for Rs. 25 per piece. This price increased to Rs. 35 per piece by the end of the week due to strong demand in the market.

Now on the 6th day, the company also receives an order of 50 bricks at a selling price of Rs 36 per piece. Assuming the company is following the LIFO method of inventory accounting, the purchase value of these 50 bricks being sold can be calculated as follows:

The remaining Inventory reported on the balance sheet would be at their actual original cost of purchase. Thus the inventory value can be calculated as follows:

Impact Due to LIFO Method Example

What is the Case in Deflationary Market Conditions?

In the deflationary market scenario, LIFO Accounting (Last In First Out Method) results in exactly reverse of above. Viz:

Investors should scrutinize accounting policies disclosed by the company and trend in change in accounting policies before making any decisions. Use of LIFO Accounting (Last In First Out Method) or FIFO or Average cost method has wide implications on the P&L and Balance sheet, as shown above.