Difference Between Graphs and Charts

Normally graphs and charts in excel are very much similar to each other, but they are different, Graphs are mostly a numerical representation of data as it shows the relation of change in numbers that how one number is affecting or changing another, however, charts are the visual representation where categories may or may not be related to each other also how the information is displayed is different in both graphs and charts.

“All Graphs are a type of Charts but not all Charts are Graphs”. The statement very well sums up the two and clearly outlays which one is broader and which one is a subset of the other.

Display of data in a meaningful and crisp manner with a visual representation of values that allows the intended user to easily understand and analyze the data without getting into the granular details of such data is the prime objective behind the concept of using Graphs and Charts.

What is a Graph?

Graphs mainly focus on raw data and depict the trend overtime-related to such data. A Graph is basically two dimensional and shows the relationship between the data through a line, curve, etc using the horizontal line along the bottom (called X-axis) and vertical line up the side (called Y-axis). As per the Advanced English Dictionary “A Graph is a mathematical diagram that shows the relationship between two or more sets of numbers or measurements”. A Graph allows the user to get an easy representation of the values in the data through a visual representation. An example of a Basic graph is shown below: 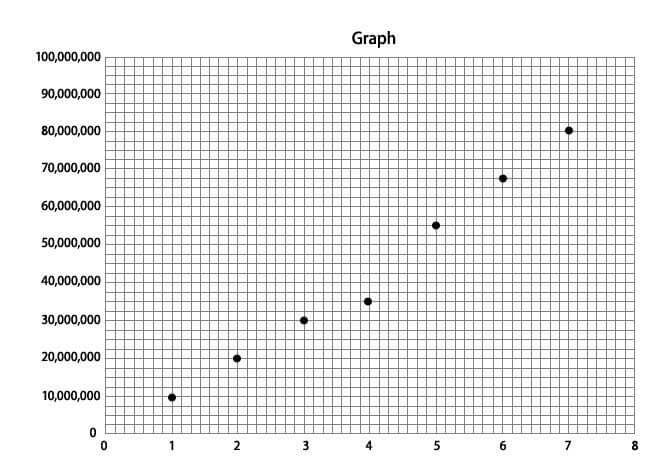 The above Graph is a Basic Graph that allows the user to get a visual representation that the data plotted on its Y- axes are on an increasing trend which is shown in years on X-axes. There are two types of graphs – Bar Graphs and Line Graphs.

What is a Chart?

A Chart is a type of representation of large sets of data which makes the user understands the same in a better manner and by using the same helps in the prediction of existing data and forecast future data based on the present data pattern.  A chart can take the form of a diagram or a picture or a graph. Datasets can be transformed into a meaningful display of information using charts.

An example of a simple chart is shown below: 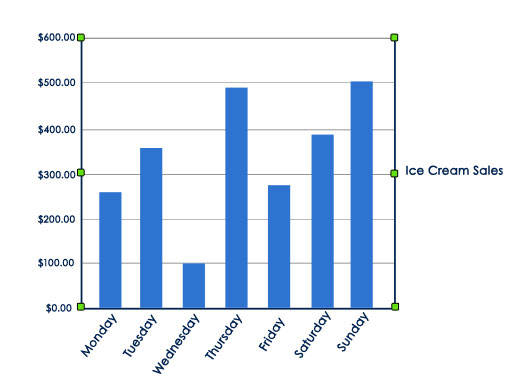 The above Chart is a simple Column Chart depicting the sales of Ice cream products by a company on different days of the week. By just a glance of the same, the User can identify the highest and lowest sales day of the week.

Charts can simplify data and also categorize the same into easy to understand and analyze formats and find its excessive usage in a business where data is presented using different types of Charts.

The list is not exhaustive and there are plenty of other popular types of Charts; however, choosing which Chart to use for presenting the data is an onerous task which the user has to decide.

Charts and Graphs are used frequently in the presentation of data both raw and exact and deliver in terms of making it visually appealing and easy to understand for the intended users. It is very common to misunderstand the two due to the very thin line of differences between them. These are powerful visual representation tools to compact large sets of data into small capsules of visually appealing sets of information which can take the form of different types of charts and graphs.

This has been a guide to the Charts vs Graphs. Here we also discuss the top differences between Charts and Graphs along with infographics and comparison table. You may also have a look at the following articles –