Operating income Formula (also referred to as EBIT formula) is a profitability formula that helps in the calculation of a company’s profits generated from core operations. The formula is a decision tool for an investor to calculate how much gross income will eventually result in profit for a company. The operating income can be calculated by deducting the cost of goods sold and operating expenses from total revenue.

Alternatively, the Formula for operating income can also be calculated by adding back interest expense and taxes to the net income (adjusted for non-operating income and expense), which is mathematically represented as,

For the first method can be calculated in the following four simple steps:

Step 2: Now, the cost of goods sold is also available in the profit and loss account. It is calculated by adding the raw material purchase during the accounting period to the beginning inventory and then deducting the closing inventory.

Step 4: Finally, the EBIT is arrived at by deducting the values derived in Step 2 and Step 3 from the value in Step 1, as shown below.

On the other hand, the following four steps help in the calculation of the Operating Income by using the alternate method:

Step 1: Firstly, the net income has to be captured, which is easily available in the profit and loss account as a line item. Make sure that non-operating income (deducted) and expense (added back) have been adjusted as these are not part of the core operation.

Step 2: Now, the interest expense is also available in the profit and loss account. It is the product of the effective rate of interest and outstanding borrowing across the year.

Step 3: Now, the taxes are also collected from the profit and loss account.

Step 4: Finally, the EBIT is derived by adding back the values derived in Step 2 and Step 3 to the value in Step 1, as shown below.

Let’s see some simple to advanced examples of EBIT to understand it better.

Let us consider an example to calculate EBIT for a company called ABC Limited, which is in the business of manufacturing customized roller skates for both professional and amateur skaters. At the end of the financial year, the company has generated $150,000 in total revenue along with the following expenses.

For the calculation of Operating Income, we will use the following values first. 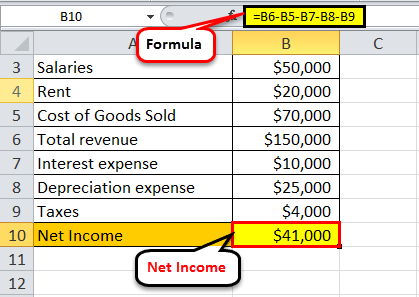 ABC Limited’s net income at the end of the financial year stood at $41,000.

Now, Using the first method to calculate Operating Income is as follows – 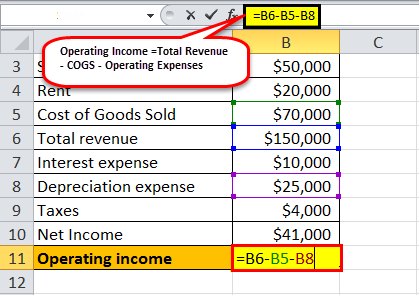 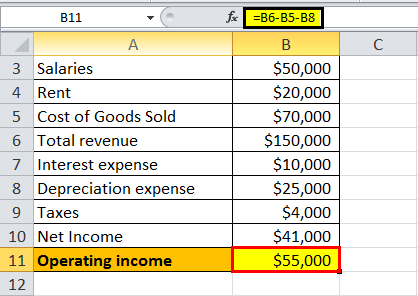 Now, we will do the calculation of Operating Income using the second method mentioned above. 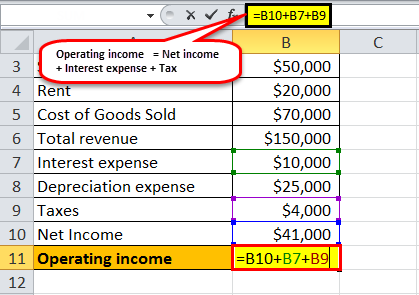 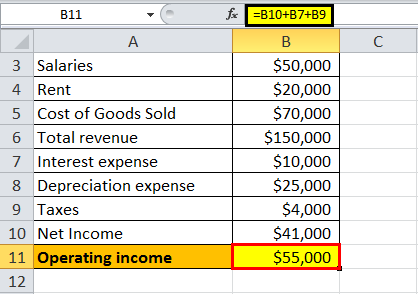 Let us take the real-life example of Apple Inc.’s annual report as on September 29, 2018. The following information is available: 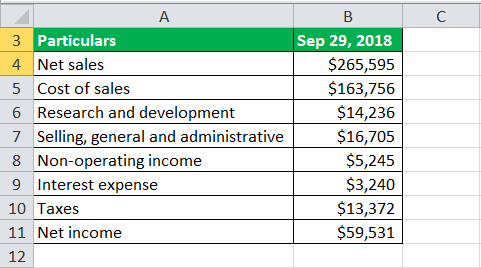 The calculation of Operating Income will be as follows – 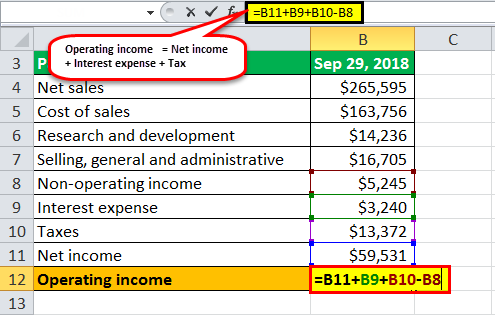 Operating Income will be – 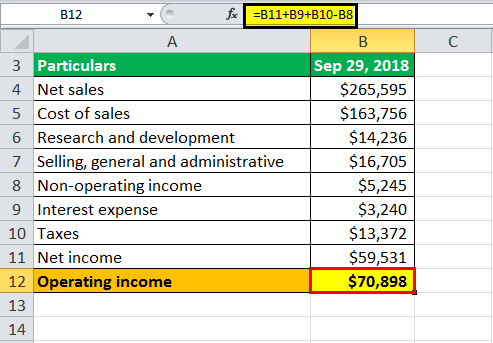 You can use the following EBIT Calculator.

EBIT is basically a profitability metric that helps to assess how a company is performing which is calculated by measuring profit before payment of interest to lenders or creditors and taxes to the government. This is a profitability calculation which is measured in terms of dollars and not in percentages like most other financial terms.

However, there remains a limitation of the operating income formula that it is particularly useful when comparing similar companies in the same industry. Since the EBIT formula only measures profit in terms of dollar amount, investors and other financial users usually find it difficult to use this metric to compare differently sized (small & medium enterprise, mid-corporate and large corporate) companies across the industry.

Now let us take the Apple Inc.’s published financial statement example for the last three accounting periods. Based on publicly available financial information the EBIT (in dollar terms) of Apple Inc. can be calculated for the accounting years 2016 to 2018.

In below-given screenshot is the data for the calculation of EBIT using both the formula mentioned above. 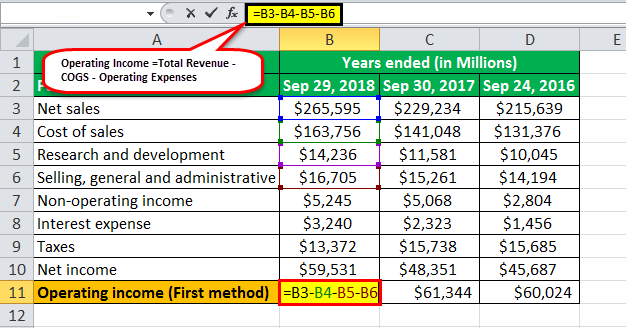 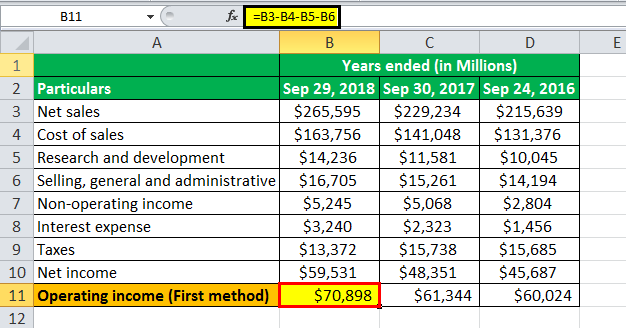 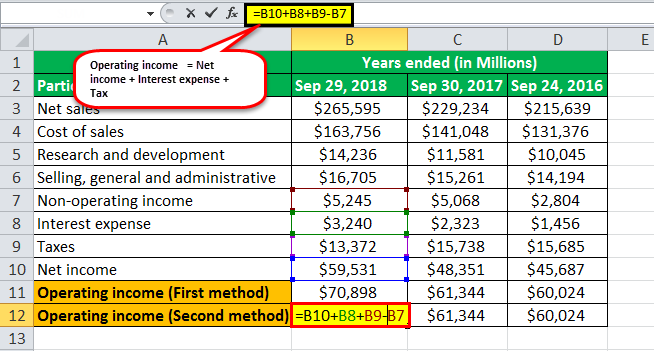 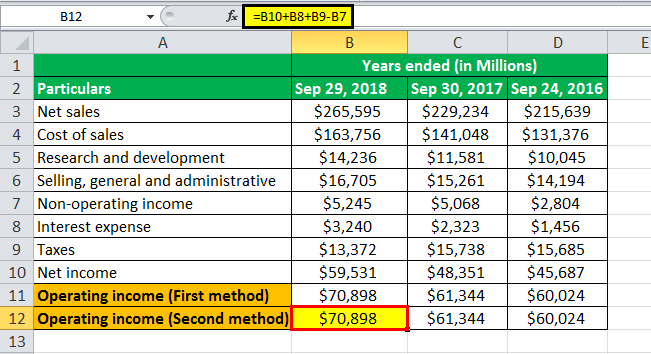 From the above table, it can be seen that the EBIT of Apple Inc. in dollar terms has been growing during the period which is a positive sign for the company.

This has been a guide to Operating Income Formula. Here we discuss how to calculate Operating Income using practical examples along with downloadable excel templates. You may learn more about Financial Analysis from the following articles –