What is the Materiality Concept?

The concept of materiality in accounting is very subjective, relative to size and importance. Financial information might be of material importance to one company but stand immaterial to another company. This aspect of the materiality concept is more noticeable when the comparison between companies that vary in terms of their size i.e., a large company vis-à-vis a small company. A similar cost may be considered to be the large and material expense for a small company, but the same may be small and immaterial for a large company because of their large size and revenue. 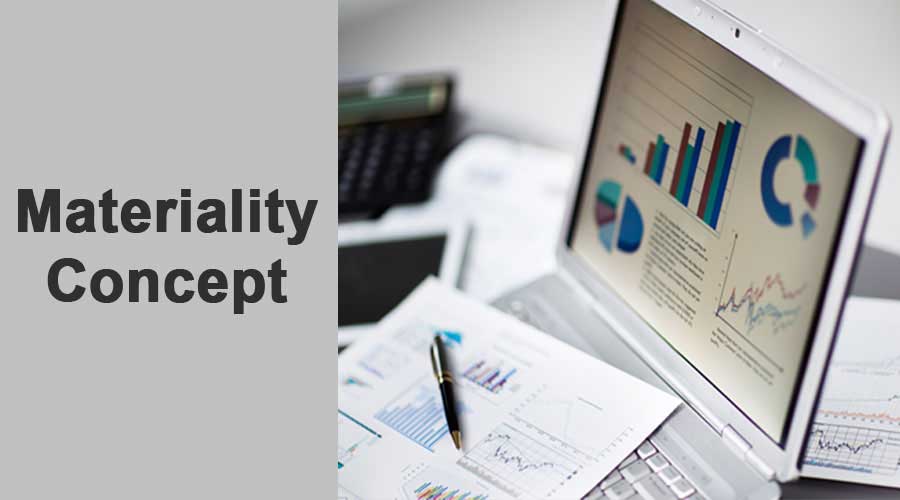 In general, the thumb rule for the materiality of financial information is stated as,

Materiality Concept as per GAAP and FASB

Materiality Concept as per GAAP

“Items are material if they could individually or collectively influence the economic decisions of users, taken from financial statements.”

Materiality Concept as per FASB

On the other hand, for FASB (Financial Accounting Standards Board) the primary rule for deciding on materiality is-

Examples of Materiality Concept in Accounting

Let’s understand the Materiality concept in accounting with the help of a simple example to understand it better.

Let us take the example of a large company that had a building located in the hurricane zone during the recent natural calamity. The hurricane has destroyed the company building, and after a gruesome legal battle with the insurance provider, the company has reported an extraordinary loss of $30,000. Determine the materiality of the event based on the below-given conditions:

By using the above-given data, we will calculate the Materiality of Company A

According to the materiality concept, this loss of $30,000 is immaterial for company A because the average financial statement user would not be concerned with something that is only 0.08% of the total net income.

Now, we will calculate the Materiality of Company B

According to the materiality concept, this loss of $30,000 is material for company B because the average financial statement user would be concerned and might opt out of the business given that the loss constitutes around 33.33% of the total net income.

The above example emphasizes the difference in the size of the two companies and the variation in the behavior of their financial statement users.

Relevance and Uses of the Materiality Concept in Accounting

It is to be understood that materiality is a subjective concept that guides a company to identify and disclose only those transactions which are sufficiently large compared to the operations of the company such that it would concern the users of the financial statements of the company. The materiality concept says that a company is obligated to account for such substantial amounts in a way that complies with the financial accounting principles. However, materiality is measured in terms of dollar amount, and the consequence is a misstatement if the accounting principles are not followed.

Consequently, each company should develop the ability to determine which items are material relative to its operations and then engage enough employee cost to ensure adherence to accounting principles for those items. The company’s characteristics, the prevailing economic and political environment, and the role of the reviewer of the financial statements may each impact the materiality judgments. However, if the cost of adherence to the accounting principles seems to exceed the foreseen benefit of doing it, then a company might do away with the principles.

Abuse of Materiality concept in Accounting

Any practice of abuse of the materiality concept in accounting can result in serious legal consequences. However, both GAAP and FASB have been reluctant to state any precise range for error size that may qualify as a materiality abuse. In most of the cases, the auditors and the courts take the help of “rules of thumb” to review cases associated with materiality abuse. Nevertheless, the reviewers who judge such materiality abuse cases must also take into consideration some other factors besides error magnitude. Two such factors can be the motivation and intent behind the error and the likely effect on user perception and judgment.

This has been a guide to Materiality Concept and its definition. Here we discuss the materiality concept as per GAAP and FASB with a simple Example. You can learn more about from the following articles –