What is Carriage Return in Excel Cell?

Carriage Return in excel cell is the activity used to push some of the content of the cell to the new line within the same cell. When we are combining multiple cell data into one cell we may want to push some content to the next line to make it look neat and organized.

How to Insert a Carriage Return in Excel?

So, we can simply say “a line breaker or newline inserted within the same cell to push some of the contents of the next line”.

For an example look at the below data set.

As you press ALT + ENTER key it has pushed the content in front of the selected data to the new line by inserting a carriage return.

It has inserted the carriage return character to push the data to the new line within the same cell.

In the case of concatenating values of different cells, we may need to push a couple of data to the next line. 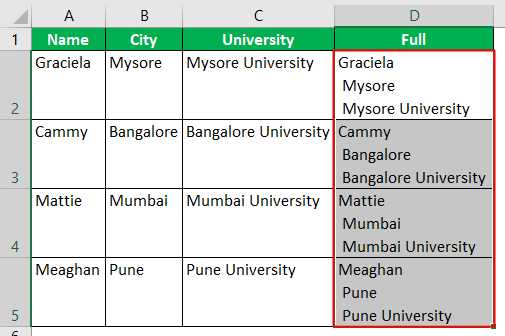 Since we are dealing with more than one cell it is a tough task to keep pressing the shortcut key all the time instead we can use character function “CHAR” to insert a carriage return. 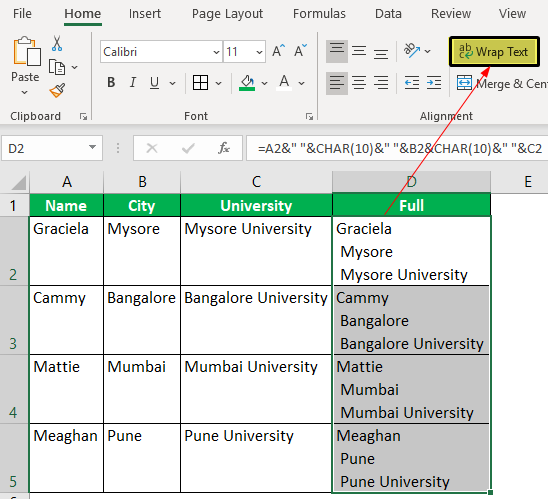 In this example, we have used the “CHAR(10)” function which inserts the “Carriage Return” character wherever we have applied.

How to Remove Carriage Return Character from Excel Cell? 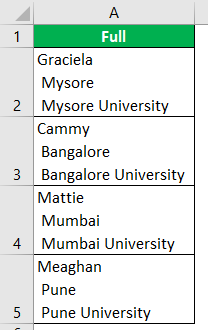 We can remove carriage return character from excel cell by using a couple of methods, the first method is by using the replace method. 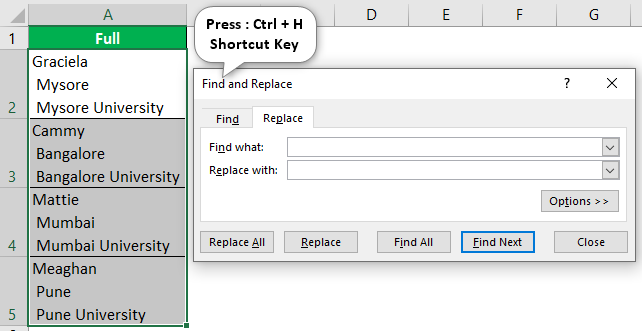 We just need to remove carriage return character so leave “Replace with” part of this “Find and Replace” method. 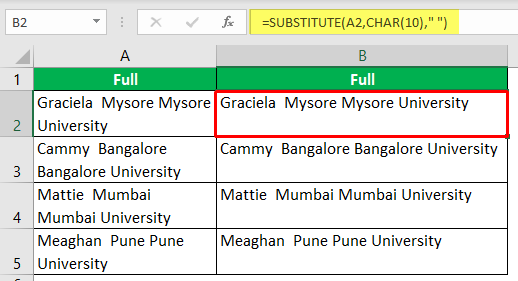 This has been a guide to Carriage Return in Excel. Here we learn how to insert and remove carriage return character from excel cell by using formula along with examples and downloadable excel template. You may learn more about excel from the following articles –