Excel number formatting is a larger topic than we think; we have already published topics Excel Custom Number Formatting, which includes all kinds of number formatting in excel. In today’s article, we will specifically concentrate on million formats of numbers in excel to allow them to show in a shorter format to read and understand very easily. 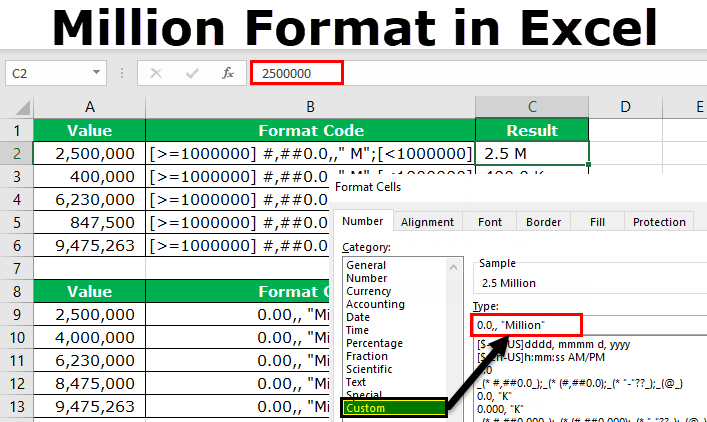 Similarly, in excel as well, we can format the numbers to show as thousands, K’s, Millions, and Billions. In this article, I will show you the techniques of modifying or changing the format of the numbers in excel.

Firstly we will see how to format numbers in thousands & in K’s. Remember, both thousand & K are the same but need different formatting techniques in excel.

Assume you have below set of numbers in your excel sheet.

Now we need to format these numbers in thousands; for example, I don’t want to see the number 2500, but instead, I want the formatting as 2.5 Thousand.

Follow the below steps to change the formatting of the numbers.

Step 1: Right-click on the numbers you want to format and select Format Cells. 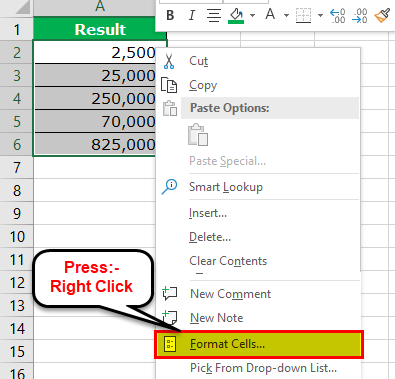 Note: You can also press the shortcut key Ctrl + 1 to open the Format Cells. 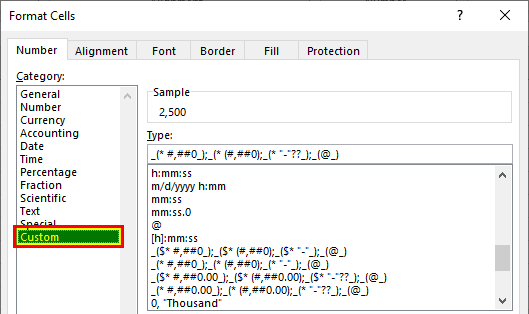 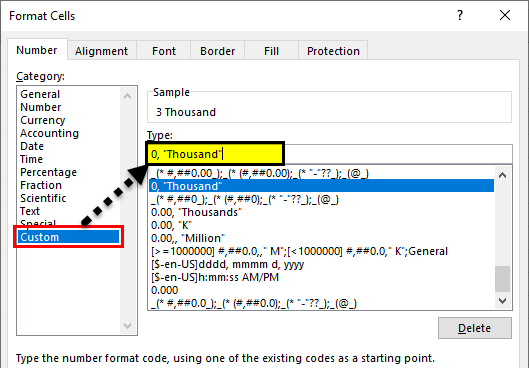 Step 4: Now, we must see values in Thousands.

One of the problems here is 2500 is showing as 3 Thousand, but we need the exact value to be viewed here. In order to make sure decimal values are not rounded up to the nearest thousand, we need to change our formatting code as below. 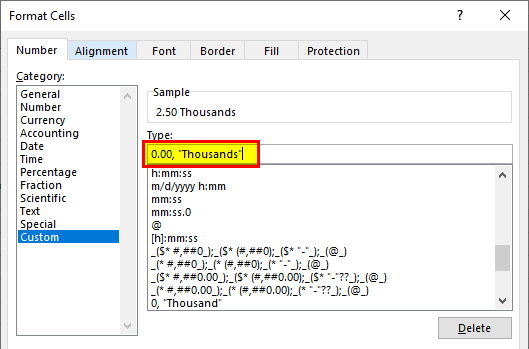 Now we will see exact values with decimal points.

Step #1 – This is the unconventional method to show a thousand values. The thing we need to do here is, we need to divide the number by 1000 and combine the word “Thousand” by using the ampersand (&) symbol. 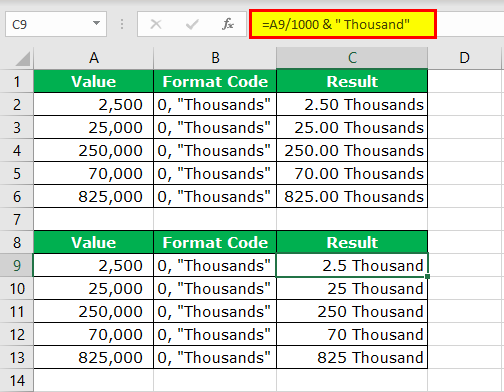 In order to show a thousand numbers in K’s, we need to just change the word Thousand to K. 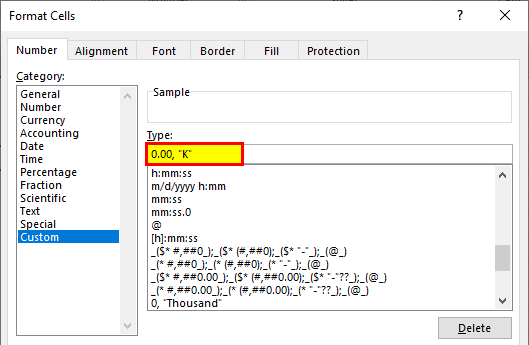 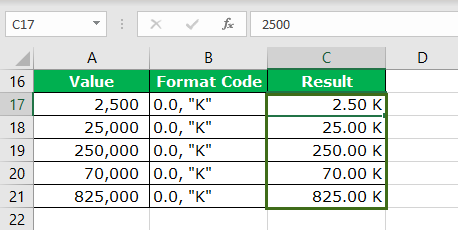 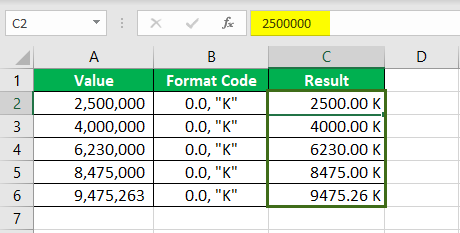 Only on the difference between the previous code & this code is we have added one extra comma (,). Then we combined the word Million to it. 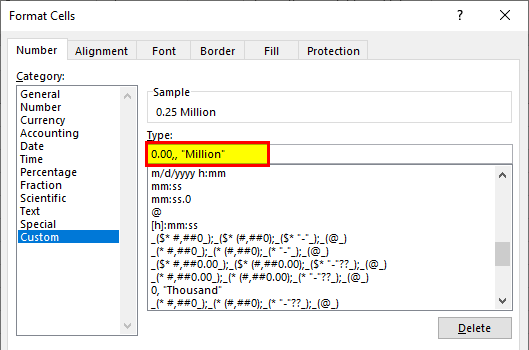 Step #3 – This code would show the result of numbers in Millions.

This format code is applicable only for millions. Imagine you have numbers that are less than 10 lakhs.

For example, 2.5 lakh would be shown as 0.25 Million instead of 2500 K. This is the common problem with a single referencing format code. 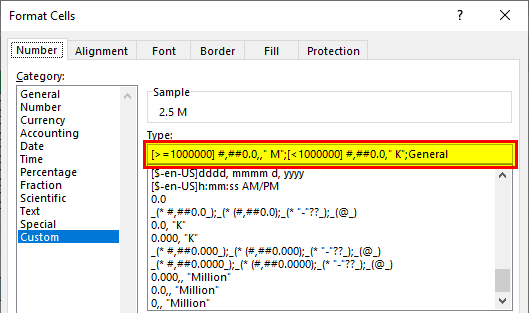 Step #5 – This code will format the numbers according to the number value and show the results accordingly.

Things to Remember While Million Format in Excel

This has been a guide to Million Format in Excel. Here we discuss how to Format Numbers to Thousands or Millions in Excel using format code along with practical examples and a downloadable excel template. You may learn more about excel from the following articles –