Paid in Capital is the amount received by the company in exchange for the stock sold in the primary market i.e. stock sold directly to the investors by the issuer and not in the secondary market where investors sell their stock to other investors and can have both common and preferred stock.

Paid in capital is the part of the subscribed share capital for which the consideration in cash or otherwise has been received. It is a part of Shareholders’ Equity in the balance sheet, which shows the number of funds that the stockholders have invested through the purchase of stock in the company. The amount shown in the balance sheet is the aggregate amount invested by all the investors, not by the particular investor.

Examples of Paid in Capital Calculation

Let’s take an example where a company named XYZ Ltd. Issues shares worth $20 million having a face value of $20 per share. The company issues the shares at $30 per share, which shows that $10 is the premium on the issue of shares. Now the amount received is $600 million. It is bifurcated as

Business activities that affect the amount of Paid in the capital 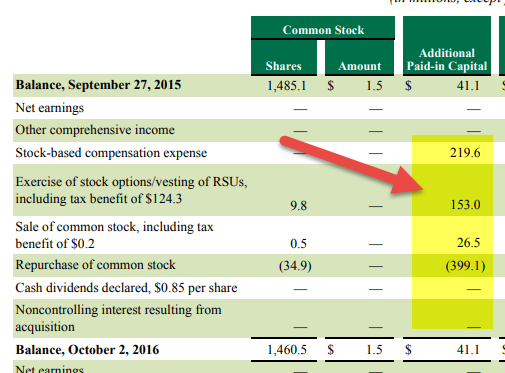 At the time of incorporation of company promoters and investors purchase the shares of the company. Firstly, the authorized share capital is fixed by the company beyond which the company cannot issue the shares in the market. The company fixes the par value or the face value of each share. So initially in the balance sheet, the issued and paid-in capital is recorded at the par value. Afterward, let’s say a company wants to raise funds by issuing more share capital. I.e., there is any requirement of funds for any capital expenditure or other large business transactions. Then more share capital will be issued by the company, and the amount will be paid up by the investors. After the investor has paid the amount, a new journal entry will be passed by recording the increase in the paid-in capital of the company. Stock prices in the secondary market don’t affect the amount of paid-in calculation in the balance sheet.

A bonus issue means an issue of free additional shares to the existing shareholders of the company. Bonus shares can be issued out of free reserves, securities premium account, or capital redemption reserve account. Now with the issuance of bonus shares, the amount in the paid-in capital is increased, and the free reserves are decreased. Although it doesn’t affect the total shareholders’ equity, it will affect the paid-in capital calculations and free reserves individually.

#4-  The Retirement of treasury stock

Sometimes management prefers to issue different classes of preferred shares instead of the common stock because of the expected negative reaction from the market by the company if it issues the share as that issuance may lead to the dilution of the value of equity. It will increase the total balance as the issuance of the new preferred shares will lead to an increase in the paid-in capital as excess value is being recorded.

This article has been a guide on what is Paid in Capital and its meaning. Here we look at how to calculate Paid-in capital along with practical examples and activities that can change paid-in capital. You can learn more about from the Accounting following articles –