Going Concern concept is one of the basic principles of accounting that states that the accounting statements are formulated in such a way that the company will not be bankrupt or liquidated for the foreseeable future, which, generally is for a period of 12 months.

Going concern concept means the ability of a Business to ‘run profitable’ for an indefinite period of time until the concern is stopped due to bankruptcy and its assets were gone for liquidation. When a business stops trading and deviates from its principal business, then there is a high possibility that the concern would likely stop delivering profits in the near-term future. Thus, a Business cannot bear losses for a longer time and erode shareholders’ wealth. A healthy business shows Revenue growth, Profitability growth with margins improvement, and growth in product sales.

The primary assumption is that the business will run forever until the business stops due to bankruptcy and assets liquidated. For this, the business needs to have the following – 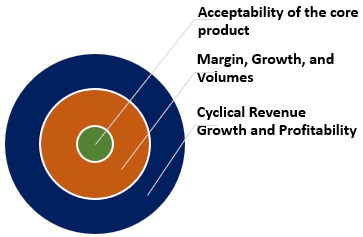 #1 – Acceptability of the core product

A Business runs on the Going Concern Basis of the products/services they offer to the consumers. The pulse of a business starting from a fruit-seller to a Multi-national company selling IT services would be the same. The owner or the top-management has found new customers and maintain its existing customer’s so as to maintain the Organic and inorganic growth of the company. Retention of old customers and expansion through new customer acquisition would help to make the business profitable and aids toward the volume growth of the product. The product should be reasonably priced and innovative in nature so that it can beat its peers and retains value for the customers.

The Financials of the Business should speak about the sustainability of the business through Top-line and Bottom-line growth along with higher Operating and Net profit margin. An ideal growing concern should have a higher number of product sales compared to last year.

Another instance where there might not be constant top-line and Bottom-line growth along with increased margin is when the demand for the product is ‘Cyclical’ in nature. For example, the rise and fall of volume in steel products may affect the Revenue, and due to fixed cost, the profitability may get hinder. But the interesting part of the Business is that it is still following the basic fundamentals, and due to the nature of the business, it is getting a hit.

Here is a snapshot of a company that has a robust margin and growth. 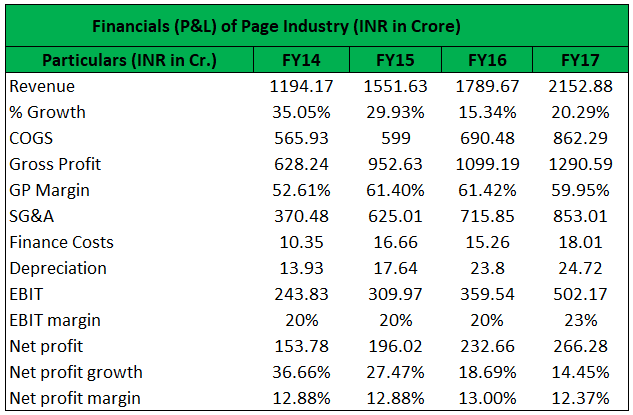 From the above financials, we can derive that the Revenue growth and the Net profit growth has been consistent for the Page Industry (manufactures Apparels for Jokey brand) during FY14 to FY17. Revenue has increased from INR 1194.17 Cr. in FY14 to INR 2152.88 Cr. in FY17. The Net profit grew from INR 153.78 Cr to INR 266.28 Cr. during this period. The Gross profit margin has been around (50-60) %, followed by a healthy EBIT margin (more than 20%) and a robust Net profit margin (12-13) %. This shows business sustainability due to higher product acceptability (vivid from the Revenue growth) and Operational efficiency (visible from sustainable EBIT margin).

Below is the snapshot of another example wherein the revenues are cyclical in nature. 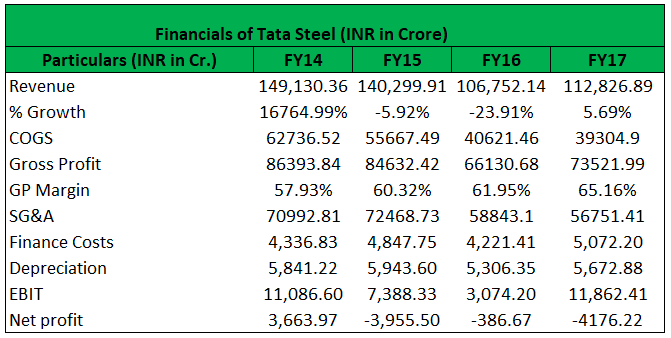 When this Concept Turn Out to be Dead?

The prime aspect for a Business remains the capability and integrity of the Management. Proper Business foresight and Operational efficiency are required for a business to sustain and remain profitable for a longer-term. Economic recessions are crucial, which determines the ability of Management when major firms fail to generate profits.

This article has been a guide to Going Concern Concept. Here we discuss the top 3 examples of the going concern concept in accounting along with situations where it might not work at all. You may look at the following articles to learn more about Corporate Finance –